My new interview series on IGTV, exploring different topics, industries, and experiences whilst considering the notion of pressing play. In other words taking action!

I am so excited to share with you my new interview series which launched on Sunday 26th April.

In the first interview I was joined by Osteopath Ed Madeley, the founder of The Movement and Wellbeing Clinic, to discuss pressing play on posture awareness. Ed has seen an increase in people complaining of back pain during lockdown, something which I have also experienced since working from a different desk at home & spending more time looking down at my phone.

Ed shared some great tips on how to improve your posture, as well as the back pain many of us have been feeling since our habits have changed in lockdown. He spoke about posture in its entirety, explaining “posture is not just a physical thing, it’s also an emotional thing. It’s the perception of an individual… that’s what posture creates.” I found this enlightening because, like many, I have only really associated the term ‘posture’ with the physical element. 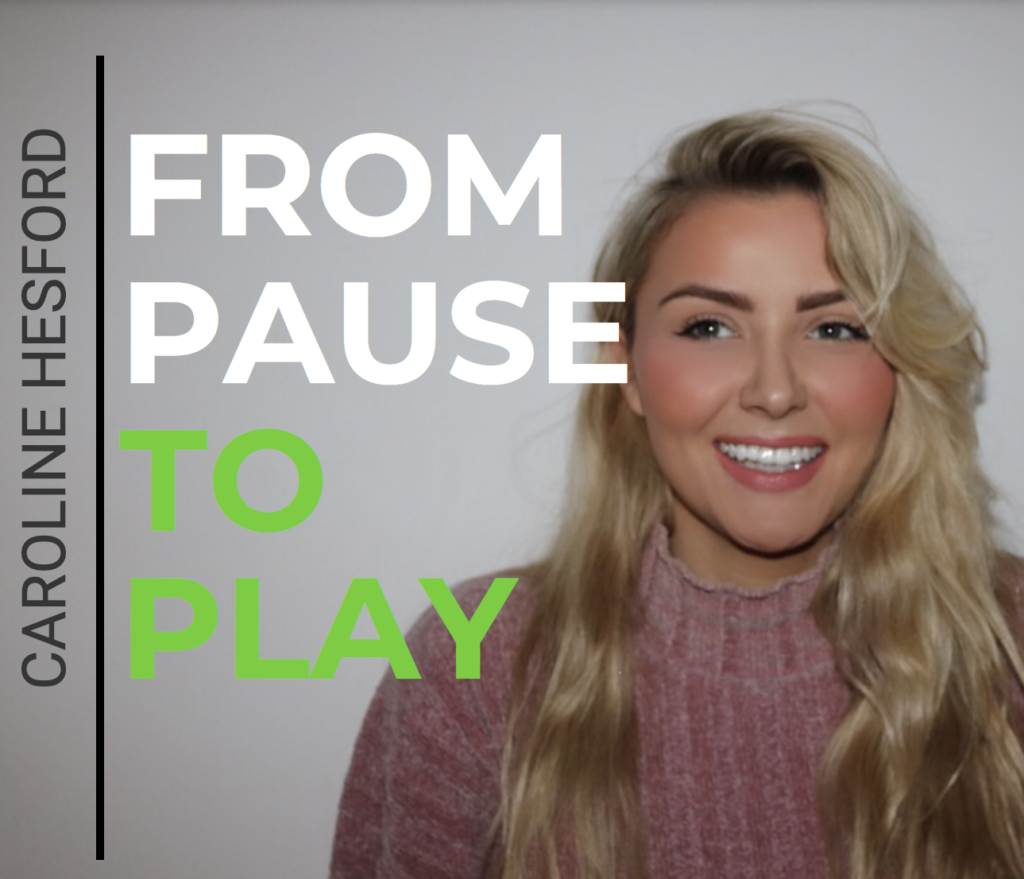 Last night 3/05, I was joined by Otis Simpson  who is a singer, songwriter and a sports industry expert. With a very varied set of interests and talents, Otis or Oli (his real name) was super inspiring to chat with. He spoke about the success of his single “ARMY” which was released one year ago, letting me know what he has been up to since I last interview him. Otis is clearly very busy working on his next single AND his debut album. 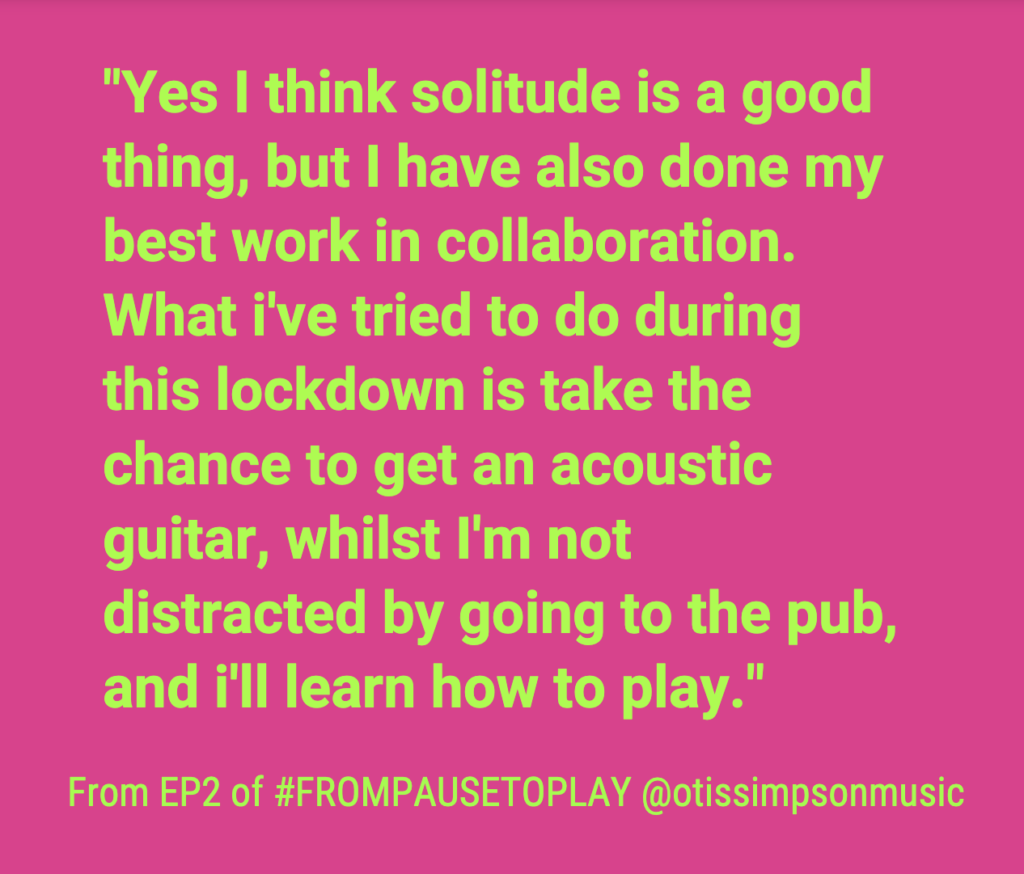 Prior to the interview I was reading notes from psychologist, Rollo May, about creativity and one quote stood out to me,

“Being in solitude is considered the number one habit of highly creative people, In order to be open to creativity, one must have the capacity for constructive use of solitude. One must overcome the fear of being alone.”

Otis shared his view on this, explaining that yes solitude is good but it is a matter of personal preference. Otis believes that his best work has been made in collaboration.

Otis opened up about the highs and lows of the music industry but gave some strong advice to other artists which was to never give up! He explained that there is a new platform that he is working on called Local Artists, this platform will act as a community, provide marketing tips, and a place to promote your music. 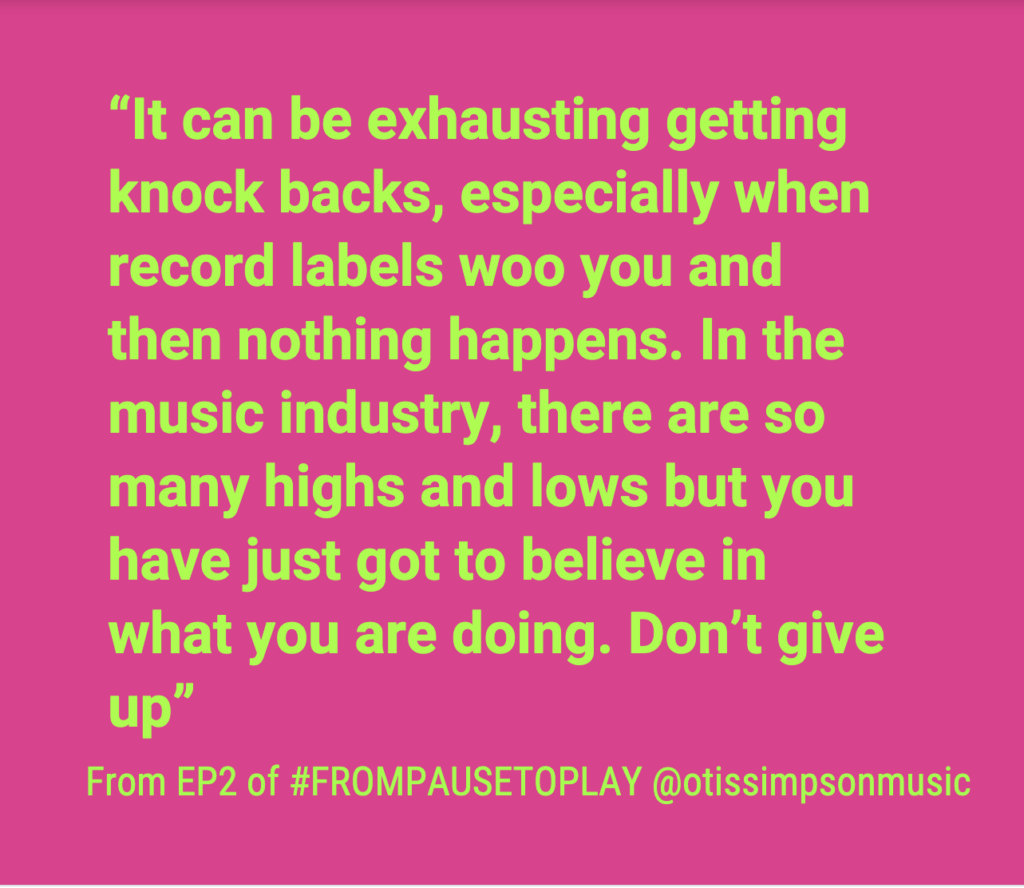 On the flip side of Otis’s busy life in sports, he spoke about a new digital passport that is being worked on for the return of major sports events. The digital passport will act as a way for stadiums and venues to monitor who is attending and if they are symptomatic. This will help to reduce the risk of the virus spreading, and help to speed up the return of sports. If you want to follow this story, you can read more on Red Strike’s website.

You can watch the full interview from the @frompausetoplay IGTV channel.

If you have a compelling story about going FROM PAUSE TO PLAY, and want to get involved in my interview series then please get in touch! You can e-mail me at carolinepresents@gmail.com.

Posted in Current Affairs, FROM PAUSE TO PLAY, Interviews