It started out as a normal Summer Sounds Saturday, with local artists playing on stage, myself DJ’ing and our lovely host Hawa Kassam on the mic getting people in the shopping spirit. As usual the decking chairs were full with people tapping along to the beat, pondering over their next purchase whilst also none the wiser to the surprise guests that were about to appear. 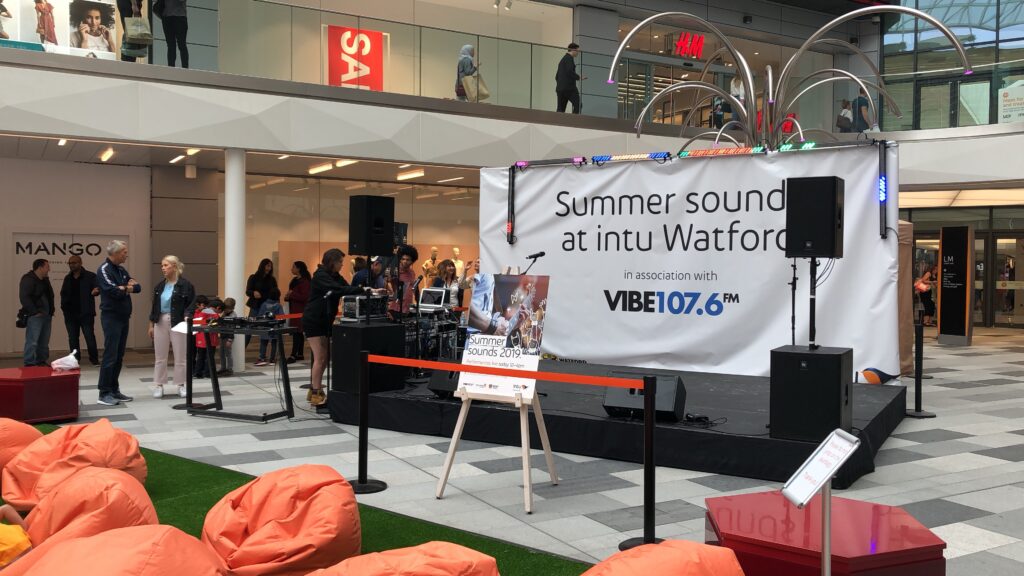 There were rumours of a special guest, customers asking who the it would be, making guesses, but we were sworn to secrecy until they arrived. We knew this would be a big one!

The last act of the morning, Ben Brown, finished and it was time for me to warm up the crowd on the decks before the first guest appearance. Rak Su. 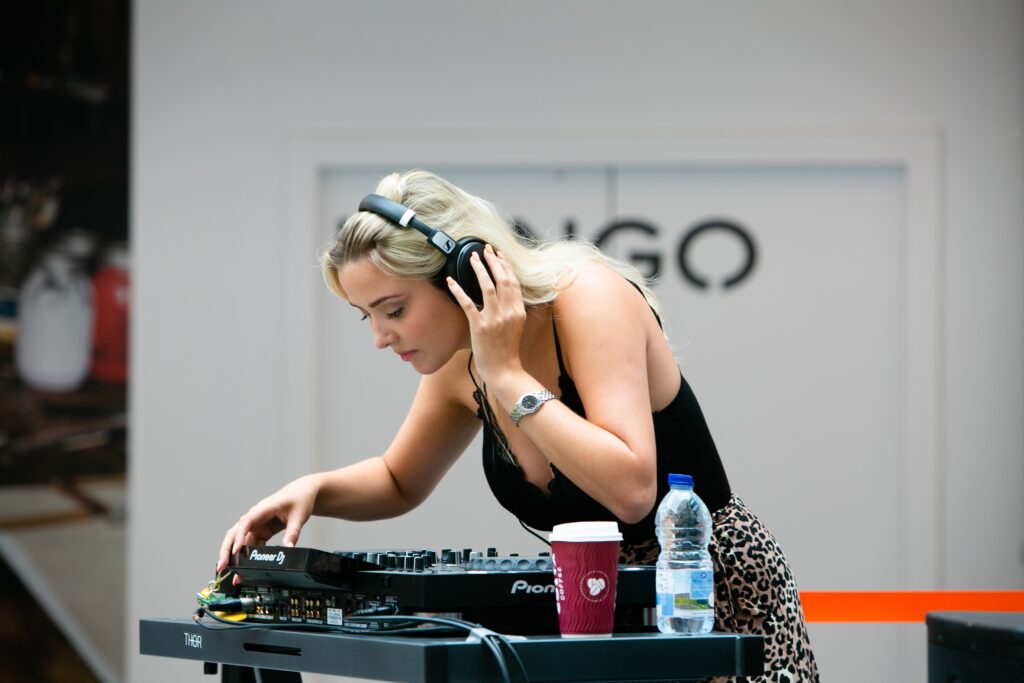 Hawa Kassam, our host and my fellow presenter from Vibe107.6 made the introduction, “Please welcome RAK SU!!!” and before we knew it the atrium in the shopping centre was packed out.

Rak Su played all of the most popular tunes including, I Want You To Freak, Yours or Mine, and also their brand new track that had only just been released, Rotate. 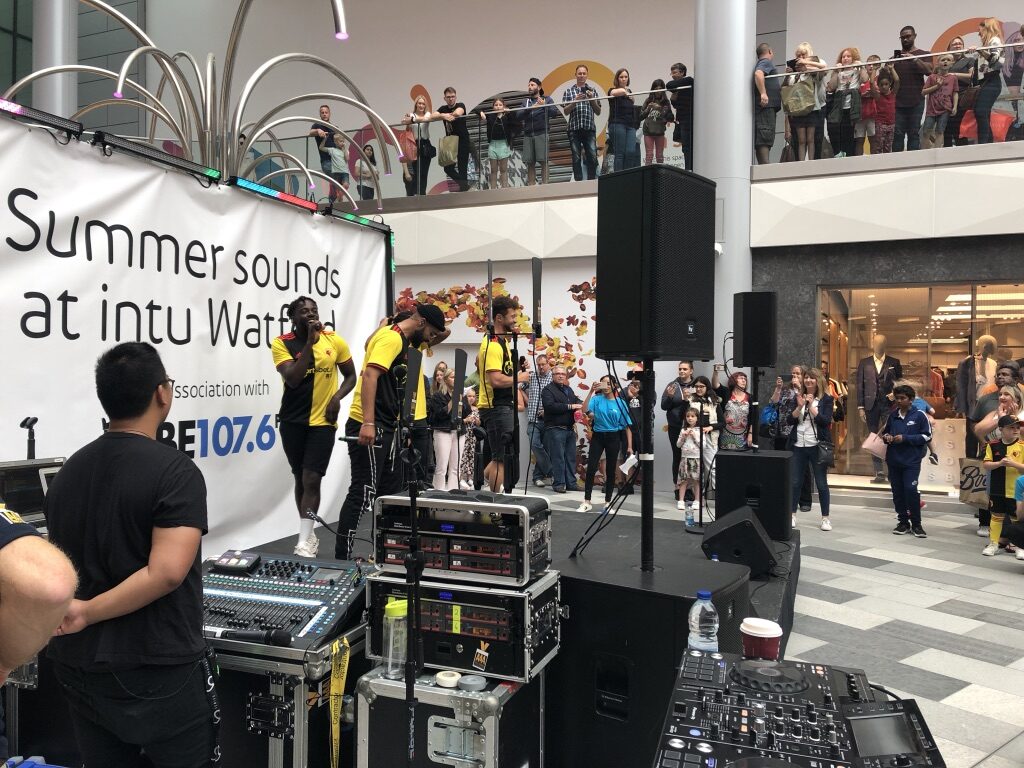 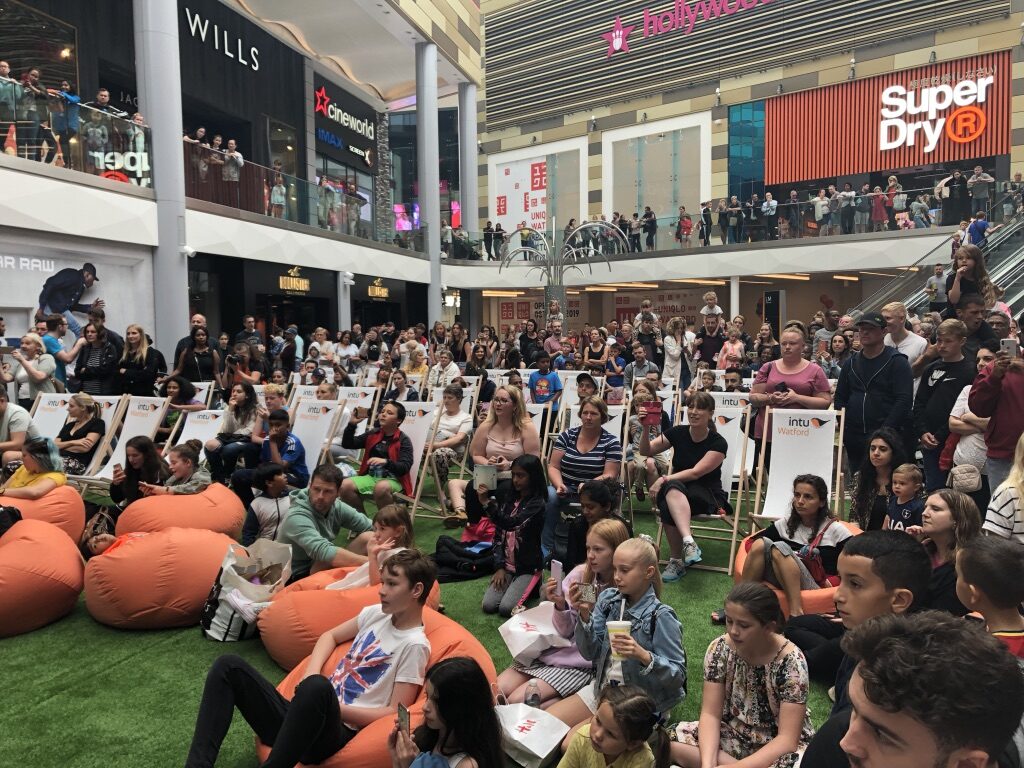 The crowd was huge!

Rak Su had to leave pretty quickly after their show as they were travelling to perform at Bestival. They even wore the new Watford FC kit at their performance.

After their appearance, on came two ex Watford Football Club players to comment on recent performance and most importantly announce the new WFC kit. 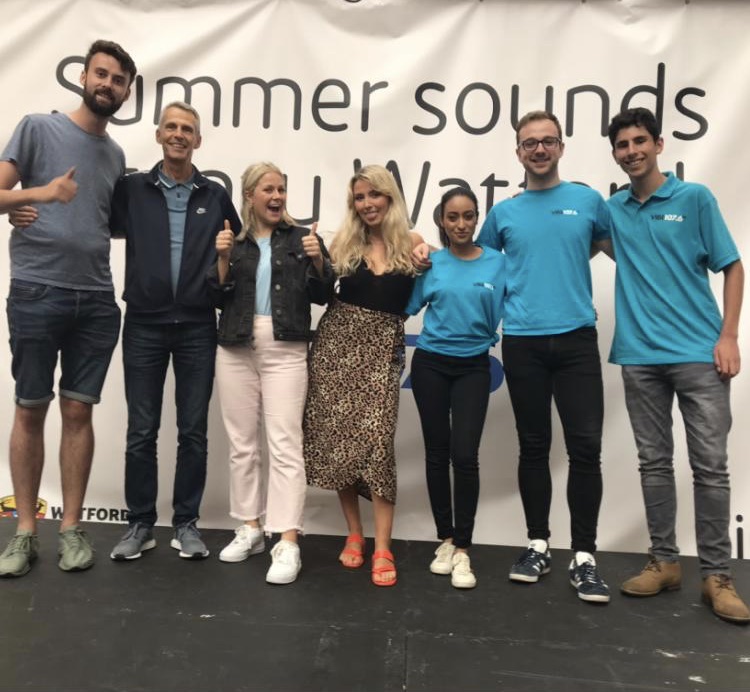 It was such a brilliant turn out for this event, thanks to our team at Vibe107.6, the Intu Shopping Centre, Rak Su, the ex Watford Football Club players and of course the crowd that turned up.

Make sure you visit Vibe107.6  for up and coming events in Watford like this.